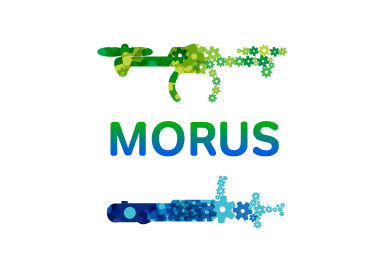 The main goal of the MORUS project is the design and development of a fully operational complex robotic system prototype comprised of an Unmanned Aerial Vehicle (UAV) and an Unmanned Underwater Vehicle (UUV) capable of autonomous and cooperative mission executions related to environmental, border and port security.

The proposed research is part of an internationally competitive field, with the main objective to design and develop an autonomous aerial and marine robotic system which is capable of collective engagement in missions taking place in dynamic and nondeterministic environments.

MORUS objectives are summarised as follows:

We are happy to report that the maiden flight of the vehicle took place on November 17, 2017. In the final experiment, the vehicle was piloted through an RC controller, with height, yaw, roll, and pitch manually controlled by the pilot. This first flight demonstrated that the concept proposed within the project is feasible. Many lessons were learned during the week spent in the base, which will be used to improve the vehicle design and performance.