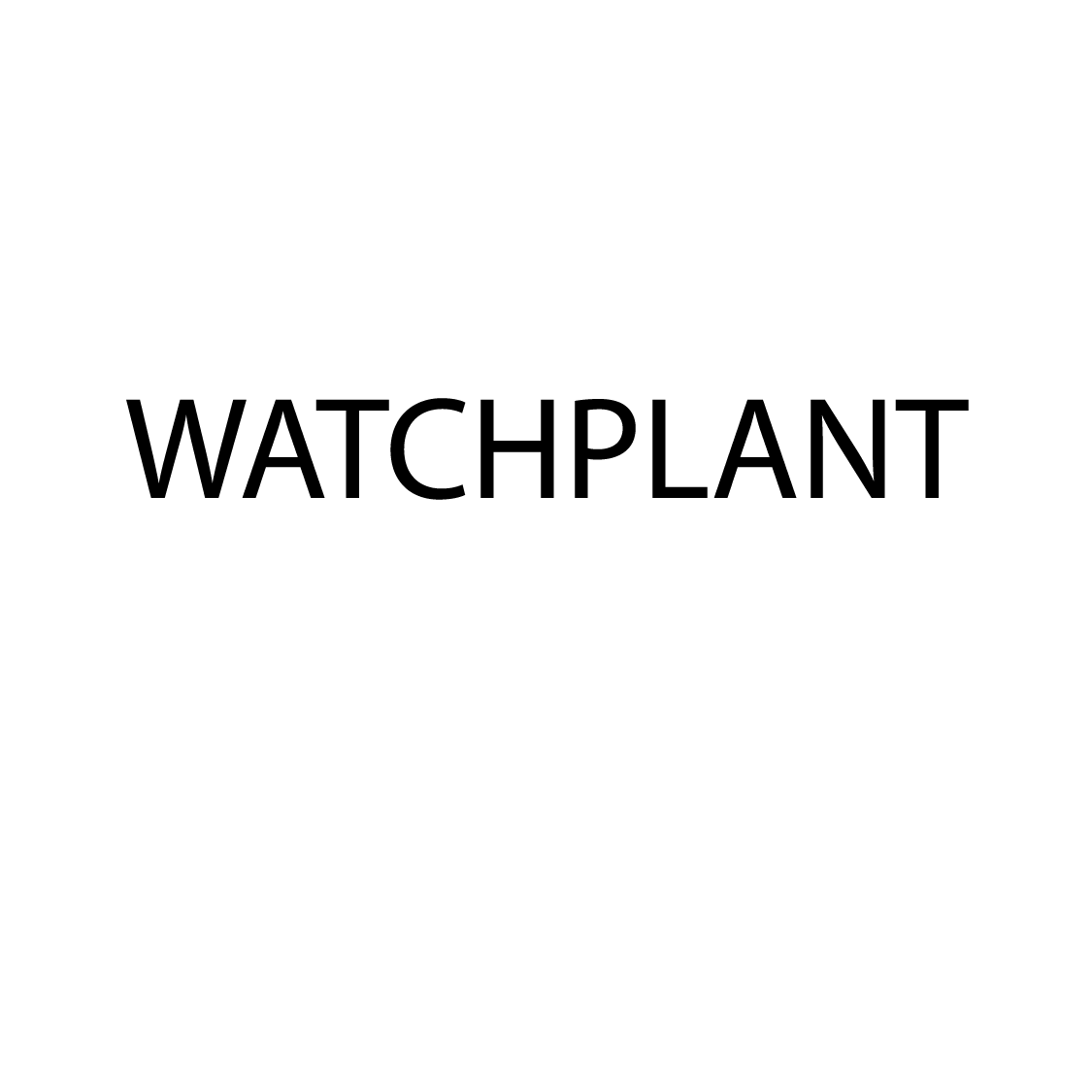 WatchPlant will develop a new biohybrid system technology, a wireless wearable self-powered sensor for in-situ monitoring
of urban environments. This system equips urban biological organisms -plants- with Artificial Intelligence (AI) to create a
smart sensor for measuring both, environmental parameters and the responding physiological state of plants, in a very early
stage by the use of a barely explored fluid, phloem sap, in combination with chemical, and physical sensors. It will be
integrated into complex network that allows performing distributed information processing, decision making, modeling and
data fitting, paving the way for the self-awareness or self-adaptation. Additionally, it will constitute a clean energy selfpowered
device due to the novel use of sap, not only for transforming plants into living sensors, but also for clean energy
generation.

A consortium of EU research, technology centers and ambitious high-tech SMEs will stretch and combine the limits of plant
physiology and bioelectronics with microtechnology, multiphysics modelling, sensor engineering, AI and environmental
modelling, to transform plant into living autonomous and self-powered sensors. The project has the ambition to solve how to
extract sufficient sap volume in a healthy plant, how to make long-lasting bioelectronics, and how create a smart selfpowered
wearable phytosensor in a single device. It also has the challenge of modelling urban environments using novel
combinations of exiting parameters and explores the future role of sap in this sense. Thus, it is a promising tool to carry out
weather/pollution/pandemics development forecasting systems up to social networks for proving an ecological/environmental
feedback to citizens. Thus it will be possible to perform specific actions and apply efficient use of resources and correct
policies, which can have a great impact not only in urban monitoring but a huge range of plant-related sectors such as agrofood industry or forestry.

The aim is to measure several plants initially in the same room under the same conditions such as temperature, light or geomagnetic field. For this purpose, 4 prototypes were built, each consisting of a plant and a measuring unit. The measuring unit contains the sensors, which are attached to the plant, and a Rasperry Pi controller, which cyclically receives the data from the sensors and controls and monitors the entire measuring process. The interface between the sensors and the controller is the CYBRES box, which provides various services to calibrate, adjust and communicate with the sensors. Furthermore, it was investigated which Linux-based operating system would be suitable to ensure a stable and smooth running of the software on the Raspberry Pi. For this purpose Raspbian Buster was chosen and all necessary packages and drivers were installed and configured. The development environment for the measurement software on the Pi is a laptop that communicates with the Pi controllers via an Ethernet hub. The laptop also serves as a WLAN router for the Pis, and connects the controllers directly to the Internet via its wired connection. The whole system has been tested up to the communication with the CYBRES box and the sensors. 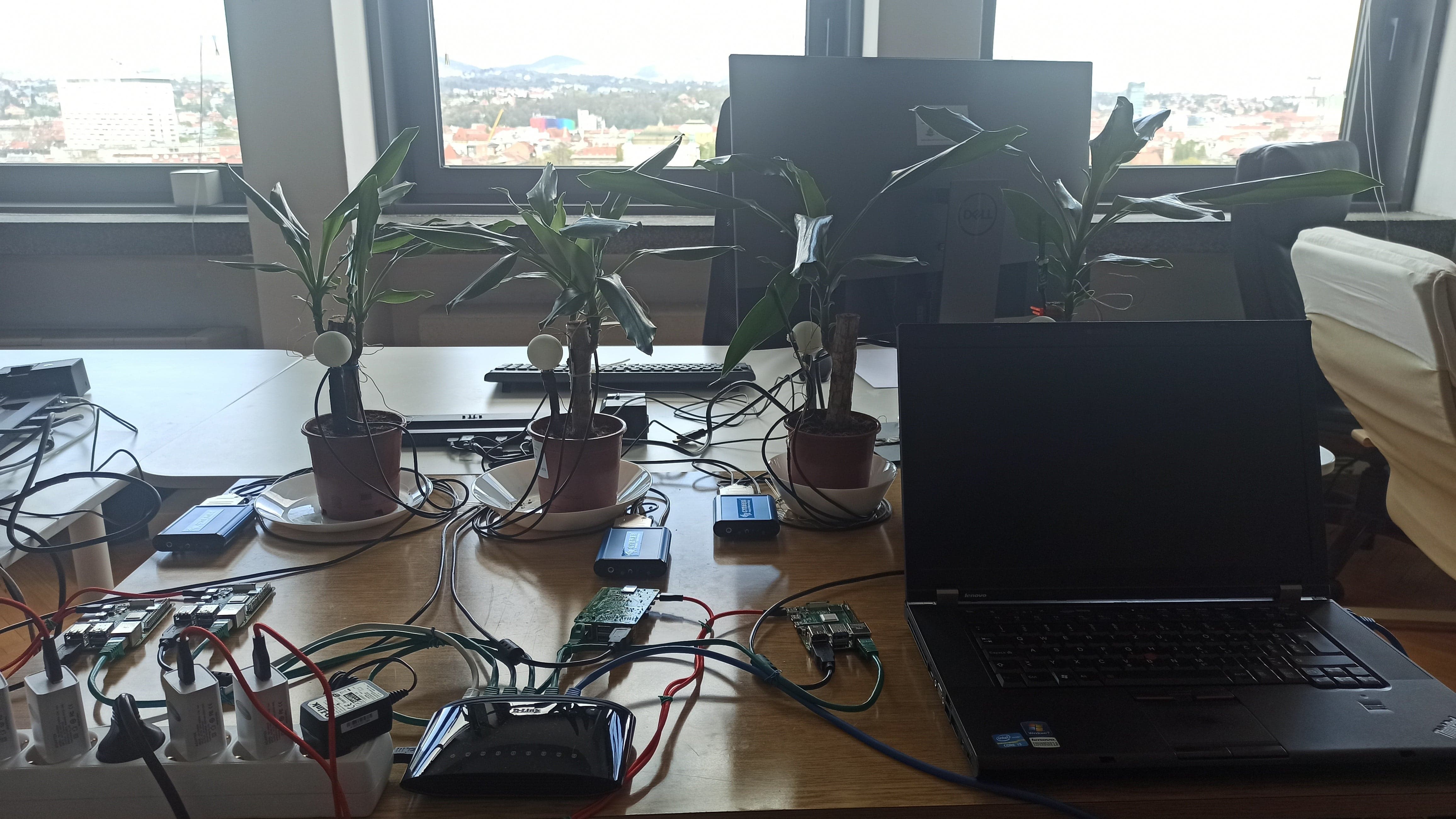 The base of our software setup is the Raspbian Buster OS, an operating system based on Linux Debian distribution highly optimized for use on Raspberry Pi mini-PCs. We opted for a Linux-based architecture because of our rich experience with this operating system and the fact that it fits nicely in our daily workflow. Using different mini-PCs with Windows OS is also a viable alternative, especially since the client program for controlling the CYBRES Measurement Unit (MU3) EIS is well supported and provides the full set of desired functionalities. However, Linux-based operating systems can generally run on hardware with lower power requirements and offer greater flexibility which will simplify the development of additional features and applications. 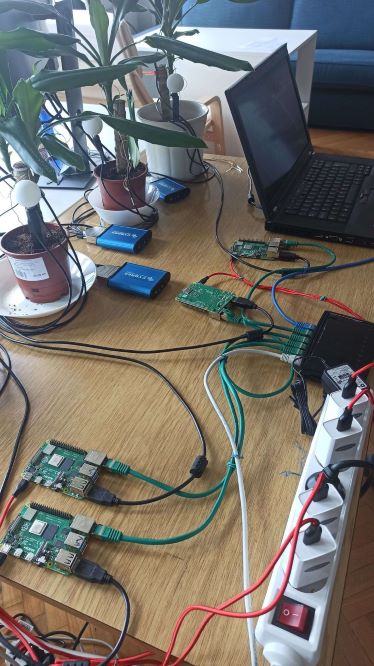 In collaboration with the partners from the University of Luebeck (UZL), a simple command-line client has been developed, which communicates with the Measurement Unit using serial communication protocol over the USB connection. Client scripts are written in Python 3 and utilize the ASCII-based API for controlling the MU EIS provided by the CYBRES. Implemented functionalities currently include:

Raspberry Pi mini-PCs read the data from the Measurement Units and share it with the central laptop PC over the network using the lightweight Zero-MQTT protocol. The collected raw data is stored in .csv (comma-separated values) files in user-defined intervals (e.g. a new file is created every 3 hours) in order to minimize data loss in the case of file corruption. Mini-PCs also store the data locally as a backup in the case of network failures. These data files can easily be imported to Microsoft Excel or MATLAB for quick yet powerful analysis, but we are also working on separate scripts which will automate the data processing and visualization. Another goal for the upcoming months is to develop a graphical user interface for the Linux client to simplify the configuration of the Measurement Unit.

The measurement’s on 4 plants have been started as well as monitoring of the performance and stability of the client program.

LARICS has participated at IFAM 2022, B2B Trade fair Robotics in Ljubljana 15.02.-17.02.22. which is the only event in Slovenia and the CEE region that dedicates to robotics and unmanned systems. Robotics is tailor-made for exhibitors and gives them a platform for presenting their range of robot technologies in both industrial and service robot sectors. Prof. Zdenko Kovačić has come with its team, researchers Ivan Hrabar, mag.ing. and Ivo Vatavuk, mag.ing. and project manager Vlatka Kovačević. LARICS had one of the most visited booths. It was very attractive with a mobile manipulator which was „spraying the vineyard“ and there was an automated guided vehicle, forklift the product of spin-off company Romb Technologies. The automated guided forklift is produced in collaboration with the company VAR d.o.o.

More photos from the fair are available in the gallery.

The Advent fever did not bypass the robots and drones that occupied the Maksimir Center for Culture and Information at Švarcova 18 on Wednesday, December 22, from 1 pm to 8 pm, and served visitors hot drinks and Christmas treats!

Our lab members introduced visitors to robots Franka, Pepper, Kinova, and Schunk in the Advent house in front of the Center who rolled up their sleeves to warm the visitors in these cold days and brighten the upcoming holidays.

Robots prepared and served hot drinks and Christmas treats, and at the same time in front of the Center, there were presentations of robots intended for primary and secondary school students where they learned firsthand how robots can communicate with plants and learn how to fly drones.

Pupils could also drive robots and make a 2D map or find out how artificial intelligence can warn us in a cheap and environmentally friendly way about the quality of air, soil, and water in our environment. They also learned how robots and plants communicate with each other and how a 3D model of a building model can be made with a drone.

More photos from the event are available in the gallery.

On 23 September 2021, the TV show “Prometej” aired on Croatian National Television (HRT) showing several interesting reports of scientific news in Croatia, including a report about the WATCHPLANT project. LARICS members prof. Stjepan Bogdan, Dean Martinović, Ph.D., Marijana Peti, and Marko Križmančić presented the goals of the project, its importance for the general public, and the current progress of the research. They also talked about the most interesting parts of the project, such as the development of sensors, establishing a communication network between devices, and the novel idea of extracting energy from plants’ sap flow.

The whole show is available to registered users on the HRTi platform, while the WATCHPLANT report can be seen on LARICS YouTube channel. The show is in Croatian.