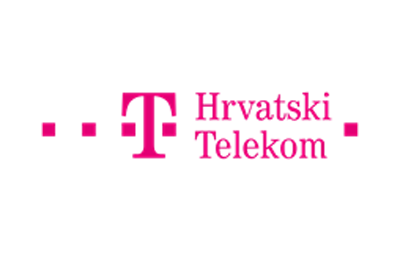 Hrvatski Telekom d.d. (HT, Croatian Telecom) is the leading and one of the first telecommunication services providers in Croatia. They provide telephone, mobile, internet, tv and other related services. In 2017, they collaborated with LARICS by developing a robot that they use in their customer service activities.

LARICS was first approached by HT in 2017 with the intention to establish a long term collaboration in the field of humanoid robotics, since they recognized Softbank's Pepper robot as a potentially valuable asset in their day-to-day business in form of a constant presence in their customer centres. As a case study, LARICS and the small startup Bokamobile developed software that enabled Pepper to act as a welcome manager on HT's stand on the 10th Weekend Media Festival.

The goal of the project was to enable the Pepper robot to greet guests at HT’s stand. LARICS was tasked with identifying which aspects of the interaction with the robot are feasible, as wel as with the consequent implementation of algorithms to facilitate such interaction. Other tasks that LARICS was involved in include closed testing in a laboratory, public demonstration, on-site deployment and user training.

We enabled the robot to recognize guests at the stand and autonomously drive towards them and greet them once close using face recognition algorithms. We have successfully deployed a web-app developed by Bokamobile on the tablet of the robot that was used to initiate different robot actions. We have developed an application for the robot that enables voice control of the robot using speech recognition in Croatian. Speech recognition was used in laboratory testing but was not deployed at the site due to presence of noise. The project was closed by training HT personnel to use thr developed solutions.