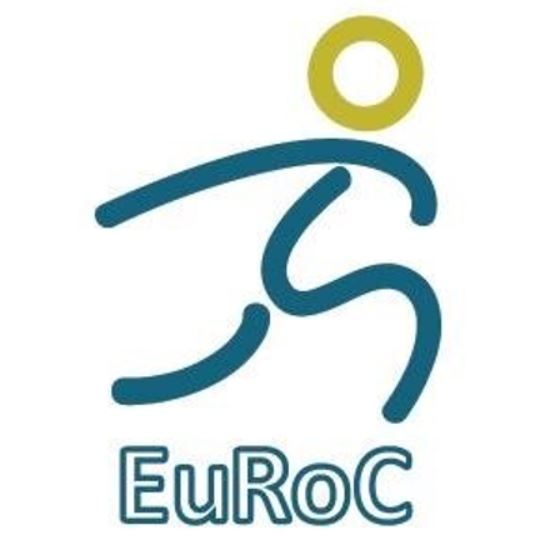 EuRoC stands for European Robotics Challenges and is a research project funded by the Seventh Framework of the European Commission (FP7), having started in January 2014 and finished in June 2018.

EuRoC is built around the concept of three industry–relevant challenges:

These challenges were launched in April 2014 through open calls for challengers, technology developers, system integrators, and end‐users. Each challenge was articulated into three stages of increasing complexity:

Stage 1 was the “Qualifying” round. Any team could apply to a simulation contest. The best 45 teams (15 for each challenge) formed by research experts from academia, solution‐oriented or innovating companies from industry, qualified to advance. The crucial moment of the overall research project was the Brokerage Event organized in London in December 2014: on one side were the prospective challengers and on the other were all the stakeholders in the “value chain”: technology providers, system integrators, and, above all, end‐users. Thanks to this unique match‐making opportunity, the extended teams were formed and had the opportunity to work together on a research proposal, aspiring to become the official challenger teams.

From the pool of 45, the best 15 proposals (5 for each challenge) were chosen by an independent Panel of Experts to advance to Stage 2 “Realistic labs”, which lasted from July 2015 to April 2017, where the teams benchmarked their solutions on three world‐class robotic platforms hosted by IPA Fraunhofer, DLR and ETH Zurich, and emulated the use cases in the labs.

Then, a Panel of Experts selected the best 6 teams (2 for each challenge) to advance to Stage 3 “Field tests”, from July 2017 to March 2018, for implementing the use cases. A Board of Judges with different areas of expertise ranked the results obtained by the teams in Stage 3, and the EuRoC Winner was selected during the Final Challenge Workshop in Naples in April 2018.

LARICS participated in the challenge alongside our colleagues from LAMOR and University of Dubrovnik. We developed an autonomous visual inspection system which enables inspection experts, untrained in piloting micro aerial vehicles (MAVs), to tele‐operate them as an aid to their mission, while focusing on the inspection task at hand. The inspection task we solved is visual inspection of wind turbines while in operation, a highly complex task which calls for new theoretical and practical paradigms.

We managed to enter the last stage of the competition – “Field tests”, where we won 3rd place overall. Our industrial partners in the challenge were Diagnostiqa Consultoria Tecnica (DQA).